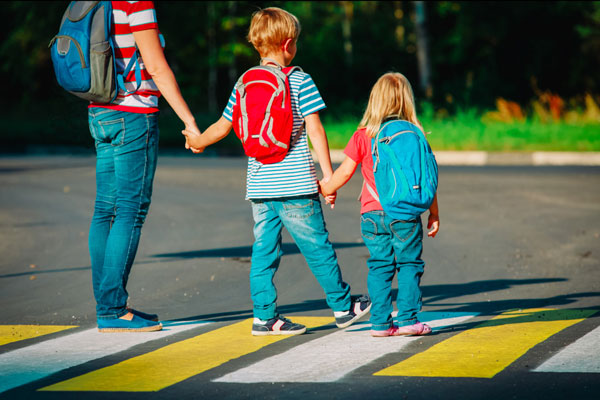 Quality child care and early learning facilities are a critical part of helping parents remain part of the labor force.

It likely comes as no surprise that there is a need for child care in the Hoosier state. However, the extent of that demand and how well it is currently being met provides an interesting opportunity for exploration. Early Learning Indiana (ELI) recently partnered with the Indiana Business Research Center (IBRC) to conduct a study on child care availability, capacity and need throughout the state. This article overviews the study’s findings.

As of 2017, there were over half a million children ages 5 and under in Indiana (506,257), according to estimates from the National Center for Health Statistics (see Figure 1). Many of these children have parents in the labor force, creating a need for accessible child care. Sixty-nine percent of married couples with children are in the labor force—as well as 85 percent of single parents—according to the 2016 American Community Survey estimates from the U.S. Census Bureau.

This need for child care is not expected to slow down either. More than 80,000 babies are born to Indiana mothers every year (see Figure 2).

Figure 2: Births in Indiana over time

As a result, the number of preschool-age children (children under age 5) in the state is expected to increase by 7.3 percent by 2025 (see Figure 3).

Surprisingly, Indiana state law only compounds the need for child care because the state does not require full-day kindergarten (increasing the need for half-day care for working parents) and also has one of the nation’s earliest kindergarten cut-off dates (age 5 by August 1).1 In fact, children are not mandated to attend school until age 7 in the Hoosier state.2 Even those that do attend school may require before- or after-school care.

In order for parents to acquire and keep a steady job, they must often find accessible child care outside the home. This can be particularly difficult for shift workers, whose care needs extend beyond the typical 6:00 am – 6:00 pm, Monday through Friday schedule. Often, their ability to hold a job depends on whether there are available child care or early learning facilities near their home or workplace.

In order to assess the availability of child care and early learning facilities in the state, the IBRC geocoded child care locations and capacity data provided by Early Learning Indiana. By doing so, these locations, which included child care centers, family child care homes and child care ministries, were placed in their particular census tract (an area of approximately 2,500 to 3,000 households within a county). With the use of data from the American Community Survey five-year estimates and the U.S. Bureau of Labor Statistics, the tracts were then sorted on a spectrum comprised of four levels of capacity, ranging from child care hub to child care desert. These levels, and the results of the study, are defined below:

To determine the child care capacity status of census tracts, IBRC analysts started with the criteria used in the Mapping America’s Child Care Deserts study by the Center for American Progress (CAP).3 CAP’s criteria creates two categories: “Desert” and “Not a Desert.” A desert is any census tract that is home to at least 50 children under the age of 5 and has a ratio of children to child care spots greater than 3-to-1. All other tracts are not a desert.

IBRC analysts determined that assessing the issue with only two categories of capacity status was too broad, since this simple categorization would fail to identify the areas that are likely to have the most significant child care shortages, as well as ignore tracts with highly concentrated child care capacity. Analysts decided to further separate the “Not a Desert” tracts into two groups: “Moderate Capacity” and “Child Care Hub.”

Analysts also split the original “Desert” category into two groups: “Low Capacity” and “Child Care Deserts.” To create these groups, the IBRC focused on two indicators that are likely to influence child care demand: tracts with a high share of working parents and a large number of jobs.

Most Indiana census tracts fell within the moderate-to-low capacity part of the spectrum (1,138 tracts). 281 tracts were categorized as child care hubs, while 149 tracts were identified as child care deserts (see Figure 4). Both hubs and deserts have reasonably high numbers of jobs and children, while hubs have sufficient child care availability and deserts do not.

Explore the findings on a county-by-county basis in the interactive graphic below.

The results of this study have interesting implications moving forward. As unemployment in Indiana remains at record lows, employers will continue to seek more people joining the labor force. This will only be possible for some parents if there is sufficient capacity for child care and early learning facilities near their home or workplace.