Indianapolis and the ring: The changing nature of commuting workers

Professor of Economics and Finance, University of Indianapolis
Co-Director, The Center of Excellence in Workforce Education Research 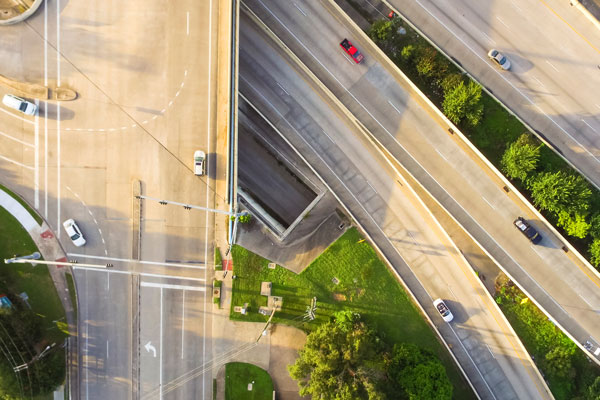 While Indianapolis is still the state's largest employment hub, many of the surrounding counties have grown into self-sustaining employment centers, lessening the need to commute.

Marion County represents a major point of employment concentration for Indiana, with nearly 600,000 payroll jobs in the latter part of 2016. It is also the most populous county in the state, with more than 940,000 people estimated for 2016—making it the 52nd-largest county in the nation.

As Indianapolis (Marion County) has grown, the surrounding counties have also grown. The so-called “ring” counties include Boone, Hamilton, Madison, Hancock, Shelby, Johnson, Morgan and Hendricks. These ring counties have been exporters of commuters, while Marion has been the primary importer of workers. While this continues today, the critical mass of people in the surrounding areas has grown large enough to begin self-sustaining economic growth within their home counties. Recent job growth in the suburbs has outpaced that of Indianapolis.

It is important to understand the commuting patterns of workers. The term “net commuter imports” is calculated as the sum of workers coming into a county to work minus the workers being exported to work in other counties.

Marion County has a positive net commuter import. It imports more workers from the surrounding counties than it exports. The surrounding ring counties still have negative net commuter imports. They export more workers (primarily to Marion County) than they bring in. This relationship has held relatively stable in raw number terms since 2000 (see Figure 1).

However, when you compute net commuter imports as a percentage of the implied labor force, one witnesses interesting changes.1 In Marion County, the percent of jobs filled by those commuting into the county are gradually declining (see Figure 2). While Marion County is still a net importer of commuters, new jobs are increasingly filled by those within the county.

Figure 2: Marion County net commuter import as a percent of the labor force

In the ring counties, new jobs are often being filled by those living in the same county. While still a net exporter of commuters, the ring counties are increasingly exporting fewer of their workers (see Figure 3). In the past, many of these workers commuted to Indianapolis/Marion County.

Figure 3: Net commuter import as a percent of the labor force in the ring counties

The change is evident in most of the surrounding counties. With the exception of Madison County (which was never a large commuter exporter), Figure 4 shows that all of the ring counties are exporting an increasingly smaller portion of their labor force to work in other counties.

Figure 4: County-level net commuter imports as a percent of the labor force

While highly reliant on each other for economic growth, these data indicate workers in and around Indianapolis are commuting less as a percentage of the overall labor force. Communities are increasingly becoming self-sufficient in terms of labor needs. Each new job created in Central Indiana reduces commuting as they are sourced locally. This new reality can have interesting logistical implications for businesses, as well as workforce development agencies.

Internet use in Indiana