The Asymmetric Impact of Policy and the Need to Regionalize

Professor of Economics and Finance, University of Indianapolis

A real estate agent will tell someone the key to success in real estate is “location, location, location.” Unfortunately, this philosophy is often lost on policymakers and economists. They are often willing to nationalize policy because of ease and ignore regional effects, rather than deal with the potential implications of regional differences to make policy better. An instance of this phenomenon is evidenced in the current debate over the minimum wage. 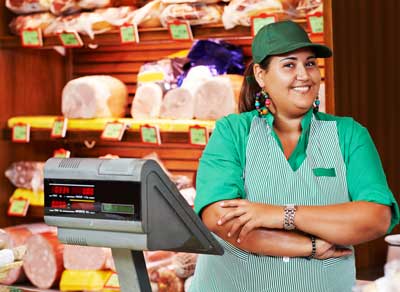 Regional differences can have profound impacts that distort the intent of the desired policy. To illustrate, examine the hypothetical market for cashiers. A retail cashier is a relatively low-wage and low-skill position. It is an entry point in the job market from which further advancement is hoped. As an entry position in the job market, the wages of this position tend to gravitate toward minimum wage. The U.S. Bureau of Labor Statistics (BLS) Occupational Employment Statistics (OES) survey reports the 2012 wage for cashiers in New Jersey was $10.14 per hour. In Indiana, it was $9.07 per hour.

Cashiers in Indiana made $1.07 per hour (or 11.7 percent) less than their New Jersey counterparts. If policymakers had proposed and increased the national minimum wage to $10.10 per hour, it would not have impacted New Jersey cashiers, but would have increased Indiana cashier wages by 11.4 percent (see Table 1).

Table 1: Comparison of Cashier Wages in Indiana and New Jersey

A dollar earned in New Jersey is not the same as a dollar earned in Indiana due to differences in cost of living. To make adjustments for the differences in costs of living, the U.S. Bureau of Economic Analysis provides an adjustment factor called the Regional Pricing Parity (RPP). Using the RPP, it is possible to extract the real purchasing power of wages in a given market, as money is only as useful as the goods and services it can provide to maintain a standard of living.

If the aim of the proposed policy was to provide cashiers with an improved standard of living (purchasing power) nationally, then the proposed increase to $10.10 per hour would be more effective if converted into real purchasing power terms. The real wage equivalent would have been $9.34 per hour for Indiana and $11.60 per hour for New Jersey. Under this scenario, the cashiers in both states would have seen nominal increases in wages. More importantly, both would have also achieved higher real wages and equality of purchasing power in their respective markets.

Applying a uniform rate nationally will have different impacts in various markets due to different costs of living. It is possible that the most deserving will receive the least benefit. In the previous example, uniformly applying a $10.10 per hour wage nationally would not help New Jersey, despite being the one in more need of assistance. Without accounting for regional differences, the impact of policy may differ from its original intent.