The debate over energy has intensified in Indiana with the upcoming finalization of the U.S. Environmental Protection Agency’s (EPA) Clean Power Plan. By the year 2030, the plan proposes to cut power-sector carbon emissions by 30 percent from 2005 levels.

Achieving these significant decreases in emissions will require changes to both the generation and consumption of power in Indiana. This article seeks to inform the debate on the future of energy in Indiana by taking a closer look at the current role of coal in Indiana’s energy sector and its impact on local and state economies. 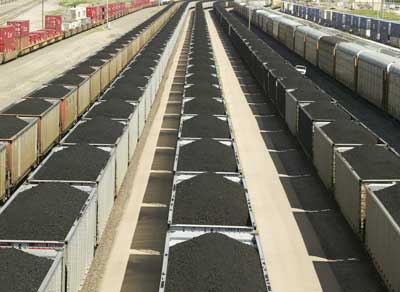 The Energy Sector in Indiana

What powers Indiana? Coal is the overwhelming answer (see Figure 1). In fact, Indiana is the nation’s second-largest overall consumer of coal—behind only Texas—and it’s the largest consumer of coal by the industrial sector.

Much of the coal is used for electricity generation, with coal-fired power plants producing 87 percent of Indiana’s electricity in 2014 compared to the national average of 40 percent, according to the U.S. Energy Information Administration. Indiana is the nation’s eighth-largest producer of coal, yet production is not enough to meet demand. Indiana imports approximately 40 percent of the coal it consumes.1 Figure 2 provides a compelling view of coal production across the state, as well as the spread of coal reserves and mining locations across southwestern Indiana. 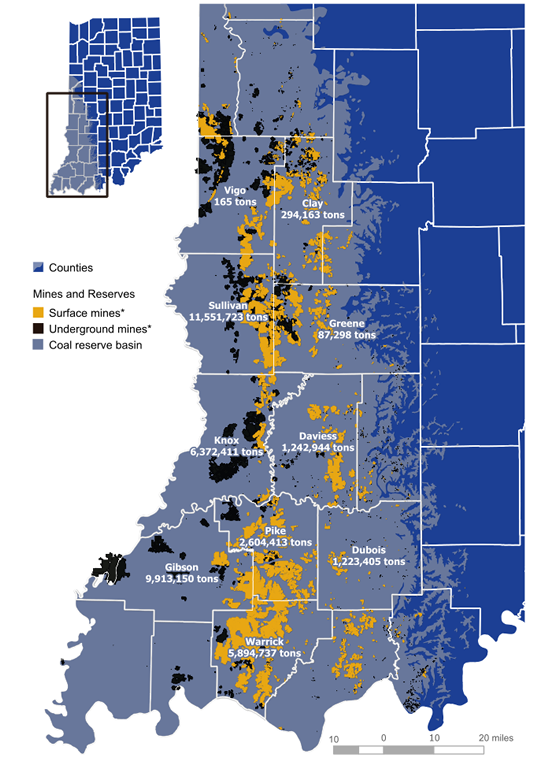 While total state production has risen steadily over the past 10 years, coal production has varied greatly by county over time as mines are depleted and new mines begin production (see Table 1).

The mining industry, excluding oil and gas, has long comprised less than 1 percent of Indiana’s total real gross domestic product (GDP). The data are available only at this aggregated industry level, which includes coal mining, metal ore mining, and nonmetallic mineral mining and quarrying industries. Even considering the rising share of real GDP from 2009 to 2012, Figure 3 shows that the coal mining industry made up less than 0.6 percent of Indiana’s real GDP in 2012. The coal mining industry plays a particularly important role in the economies of Pike and Sullivan counties where more than 15 percent of the workforce was employed in coal mining in 2013, compared to the state average of 0.13 percent. Coal is important in Indiana: the state relies on coal for electricity generation and use in the industrial sector. Statewide, Indiana receives relatively small direct economic impacts from the coal mining industry, but there is considerable impact in the areas where it is mined. Indiana may be a top 10 coal-producing state, but due to the concentration of reserves in the southwest part of the state, coal mining remains a highly localized industry.