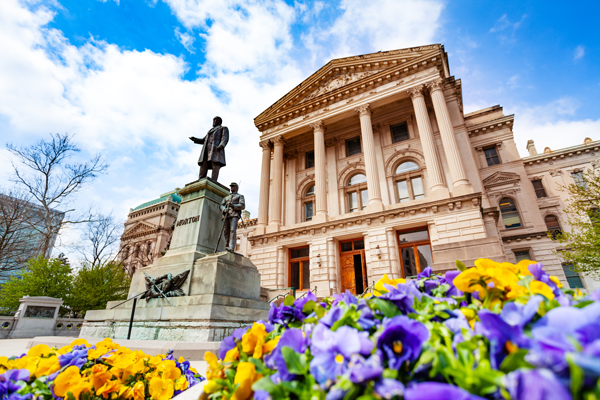 Indiana’s population growth over the past decade was largely driven by gains in a handful of metropolitan areas, according to the latest results from the 2020 Census.

The 11-county Indianapolis-Carmel-Anderson metro area led the way by adding 223,163 residents between 2010 and 2020, an 11.8% increase. The Indy metro’s numeric growth accounted for 74% of the state’s net population gain.

While many Indiana metro areas continue to grow, large swaths of the state—including most mid-sized and rural communities—saw populations decline between 2010 and 2020. All told, 49 of Indiana’s 92 counties lost population over this period (see Figure 2). This represents the largest number of Indiana counties to show a decline between censuses since the 1980s. Indiana is not alone in this trend since more than half of all U.S. counties lost population between 2010 and 2020.1

The 44 Indiana counties that are part of a metropolitan statistical area combined to grow by 6.3% over the past decade. Meanwhile, the state’s 48 non-metro counties as a group declined by -0.9% over the same period.

Outside of Central Indiana, Clark County had the quickest rate of change at 9.9%, followed by Jackson (9.6%), LaGrange (8.9%) and Allen (8.5%) counties. Marion County posted the state’s largest numeric gain in population by adding 73,810 residents over the decade—an 8.2% increase.

Each of Indiana’s 10-largest counties added population over the decade (see Table 1). Marion County is still the state’s most-populous county with 977,203 residents in 2020. With a 0.5% increase over the decade, Lake County grew to 498,700 residents. With the addition of 30,081 residents, Allen County reached a total population of 385,410 and maintained its position as the state’s third-largest county. Hamilton County grew by nearly 73,000 residents and ended the decade with a population of 347,467, however, and continues to close the gap on the third spot.

COVID-19 and the leisure and hospitality supersector in Indiana: Where were we and where are we now?