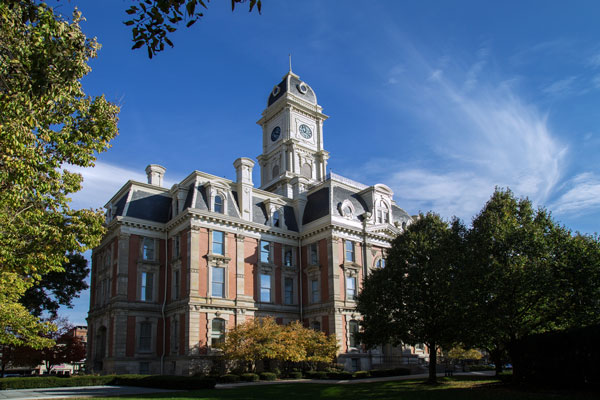 The state’s fastest-growing counties are in the Indianapolis metro area, with Hamilton County leading the way with an estimated 2.3% increase in 2019.

Indiana added 36,722 residents in 2019 to reach a total population of 6.73 million, according to the latest population estimates from the U.S. Census Bureau. This level of growth was a shade lower than that seen last year, but remains a substantial improvement over the average annual gains of roughly 23,900 residents the state showed between 2010 and 2017 (see Figure 1). As for pace of growth, Indiana’s population grew at a 0.5% rate in 2019.

This article will highlight the key population trends around the state in 2019, as well as explore the demographic drivers of this recent uptick in population growth.

In 2019, 55 of Indiana’s 92 counties posted a population gain. The state’s fastest-growing counties are in the Indianapolis metro area, with Hamilton County leading the way with a 2.3% increase in 2019 (see Figure 2). Fellow Indianapolis-area suburban communities of Hancock County (+2.2%), Hendricks County (+2.0%), Boone County (+1.4%) and Johnson County (+1.3%) also grew at a strong clip last year.

One other community that posted relatively strong growth in 2019 is Lake County. The state’s second-largest county added 1,053 residents last year, which marks the first annual population gain since 2010. Between 2010 and 2018, Lake County had seen its population drop by roughly 11,500 residents.

Even with another strong year for population growth statewide, 37 Indiana counties still lost population last year. Vigo County had the largest decline with an estimated loss of 329 residents, while Jay County had the state’s second-largest drop at 291 residents. As for the pace of population loss, Jay and Blackford counties had the state’s fastest rates of decline last year at 1.4%, followed by Pulaski (-1.1%), Brown (-0.9%) and Wabash (-0.6%) counties.

Population growth in Indiana continues to be driven by a handful of metropolitan areas. Chief among these is the 11-county Indianapolis-Carmel-Anderson metro area, which added 22,169 residents last year, accounting for 60% of Indiana’s net growth in 2019. The Indy metro area is home to more than 2.07 million people, which represents 31% of the state’s population and ranks as the nation’s 33rd-largest metro area (out of 383 metros).

The Gary Division of the Chicago metro (Lake, Porter, Jasper and Newton counties) is the state’s second-largest area with 703,428 residents. The Gary area added 2,149 residents last year, which marks its strongest gain since 2010.

Figure 4 helps to further illustrate the degree to which metro areas are responsible for Indiana’s population growth. The state’s suburban counties are still not growing at the rate seen before the Great Recession, but this collection of counties has seen an uptick in growth in recent years and combined to account for 55% of the state’s gains in 2019. Meanwhile, many of Indiana’s 48 midsize counties1 and rural counties have also seen some improvement in recent years; but as a group, these two county types took a step backward last year.

For the second consecutive year, the state’s stronger population growth was driven by greater levels of net migration. Between 2010 and 2017, Indiana had an average annual net inflow of roughly 1,900 residents, yet this measure has averaged nearly 18,700 over the last two years (see Figure 5). Not only does this number stand out in this largely low-migration period after the Great Recession, it is also significantly higher than the state’s average annual net inflow of 9,200 residents per year in the 2000s.2

Over the last decade, the slide in Indiana’s natural increase has accelerated due to a dramatic drop in the number of births.3 The Census Bureau estimates that there were 80,711 births in the state in 2019, which is down by more than 1,000 from the previous year and the state’s lowest annual total since 1987.

Around the state, 52 Indiana counties had a net in-migration of residents. In terms of the rate of migration, Hancock County led the way with a net inflow of 18.9 movers per 1,000 residents in 2019 (see Figure 7). Other counties with high migration rates include Hamilton (17.0 movers per 1,000 residents), Hendricks (16.5) and Johnson (9.9) counties. A total of 40 Indiana counties had a net outflow of residents last year.

As for natural increase, 30 Indiana counties—or nearly one-third of all counties in the state—actually registered a natural decrease of the population in 2019, meaning that there were more deaths in the county than births over the course of the year. Wayne, Delaware, Henry and Wabash counties each had a natural decrease of 100 residents or greater last year.

While the latest population estimates from the U.S. Census Bureau highlight some positive developments for Indiana, they also make clear the demographic challenges that confront the state. A surge in net migration to the state over the last two years has led to Indiana’s strongest population gains in a decade. Much of this growth, however, is concentrated in a few metro areas. Meanwhile, many of the state’s midsize and rural communities are seeing little growth or are in decline.

The demographic headwinds facing these communities—and the state as a whole—will continue to gather strength over the next two decades as the population ages and natural increase contributes less and less to population growth. With the role of natural increase on the wane, Indiana’s population growth trends will increasingly be driven by its ability to retain its current residents, as well as its ability to attract new ones to the state.