A closer look at Hoosiers with no high school diploma 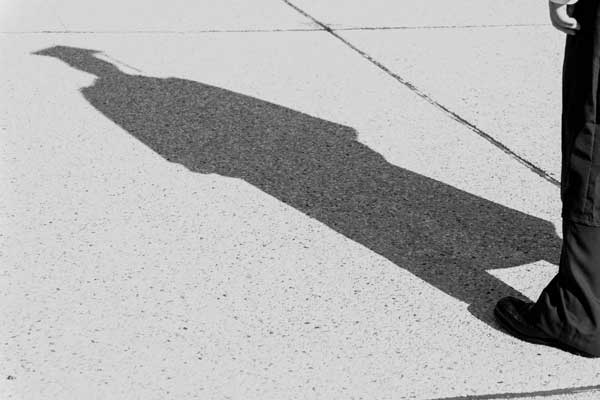 In percentage terms, more adults under the age of 35 in Indiana lack a high school diploma (or equivalent) relative to the nation.

In Indiana, 88.1 percent of adults (ages 25 and older) have a high school diploma or higher—better than the 87 percent in the United States as a whole, according to the U.S. Census Bureau’s American Community Survey five-year estimates for 2016.

(Note: For the purposes of this article, any mention of high school diplomas includes high school equivalency. Also, the differences mentioned in this analysis are statistically significant unless otherwise noted.)

But before one gets too excited, these data aren’t quite as rosy beneath the surface. When looking at specific age groups (and also expanding the analysis to include the 18-24 age group), we see in Figure 1 that Indiana leads the U.S. on this measure of high school or higher attainment—except for the two youngest age groups: 18 to 24 year olds and those ages 25 to 34.

Put another way, more Hoosiers under the age of 35 do not have a high school diploma (or equivalent) relative to the nation (see Table 1).

Note: Due to the relatively large margins of error on the Indiana data, only the 18-to-24 and the 45-to-64 age groups show a statistical difference with the U.S.
Source: U.S. Census Bureau American Community Survey five-year estimates

The important caveat to the 18-to-24 age group data is to keep in mind that many 18 year olds and some 19 year olds are still currently enrolled in high school, so those numbers are artificially high. In fact, Indiana has one of the nation’s earliest kindergarten cut-off dates and the Midwest in general tends to see higher levels of “academic redshirting” as well,1 so Indiana is likely to see more 18 and 19 year olds still in school relative to other states.

Granted, these differences with the U.S. are small, but in an age where job opportunities for high school graduates are increasingly hard to come by, not having a diploma increases both unemployment and poverty. In fact, Indiana’s poverty rate for adults ages 25 and older without a high school diploma (26.2 percent) is more than twice the rate for graduates (12.2 percent) and six times higher than those with a bachelor’s degree (4.1 percent), as seen in Table 2.

Note: These are median earnings in the past 12 months for the population 25 and older.
Source: U.S. Census Bureau American Community Survey five-year estimates

How many people are we talking about?

Thus far, we’ve mainly talked in percentage terms, but just how many Hoosiers do not have a high school diploma? The answer is 517,458 (give or take 5,795) for adults ages 25 and older, according to the latest American Community Survey estimates released in December. Including the 18-to-24-year-old cohort increases the number by 110,629 (+/-2,050).

Of course, from a workforce standpoint, we may not be as concerned that Grandma didn’t finish high school—though it is worth noting that the 65 and older age group is the only one where women have a lower rate of graduation (see Figure 4).2

Where do they live?

It is not surprising that the largest numbers of working-age adults without a high school diploma are in our major population centers. In numeric terms, Marion County leads the state with around 85,500 people between the ages of 18 and 64 without a diploma, followed by Lake (35,300), Allen (24,500) and Elkhart (24,200) counties. In other words, roughly 36 percent of the state’s working-age adults without a diploma are concentrated in these four counties (for comparison, those counties account for 30 percent of the state’s total working-age population).

Figure 6 shows us a different perspective by looking at the percent of the working-age population. Counties with large Amish communities top this list: LaGrange (41 percent) and Daviess (28 percent).

In his 2018 State of the State speech, Governor Eric Holcomb said Indiana's "greatest challenge is that too many Hoosiers lack the education and skills for the jobs that are here today and being created tomorrow," and also stated his goal of helping 30,000 of those adults without a diploma in obtaining the education and skills needed to get a better job.4

Currently, the Indiana Department of Workforce Development has several initiatives to assist those who didn’t graduate high school with earning a high school equivalency diploma. For example, the Indiana Adult Education program provides math, reading and writing instruction free of charge. Meanwhile, the WorkINdiana program enables participants to earn a high school equivalency and an industry-recognized career certification at the same time. If these and other initiatives are successful in helping to upgrade the skills of those at the lower end of the educational attainment spectrum—particularly for those younger adults with many years left in the workforce—it would be a win-win at both the individual and broader societal level.