Should I stay (home) or go (to work)? Jobs with COVID-19 risk in Indiana's counties 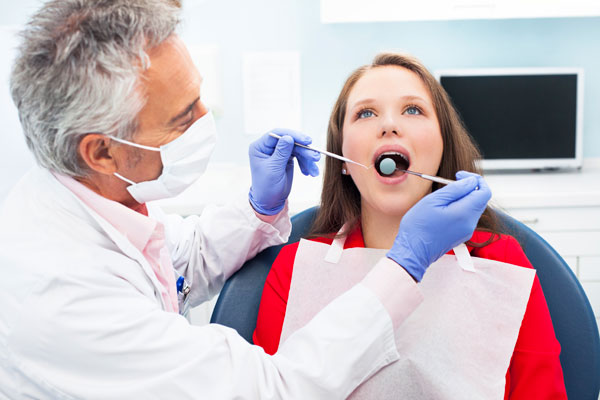 Health care workers are acutely at risk of infection, but what about other jobs?

As the state of Indiana continues the delicate process of reopening its economy amid the COVID-19 pandemic, it’s crucial to consider which individuals are most at-risk as they return to work. This involves two dimensions: personal characteristics that make workers more vulnerable to adverse outcomes from COVID-19, like age or preexisting conditions, and working conditions of the jobs themselves that may endanger workers to infection, such as interacting with the public often or working in close proximity to others.

The first dimension is well established, as fatality data across the globe show the elderly and those with certain health conditions are more likely to succumb to the virus. The second dimension is less established: Certainly, health care workers are acutely at risk of infection, but what about other jobs? How can we compare the risk of a paralegal to an elementary school teacher to an esthetician?

The Occupational Information Network (O*NET) can help. O*NET conducts surveys of representative samples of workers in hundreds of jobs in which it asks questions ranging from work context and activities to technology use and many other facets of work. Borrowing from and enhancing methods developed by others,1 the Indiana Business Research Center (IBRC) has leveraged O*NET, the U.S. Bureau of Labor Statistics Occupational Employment Statistics (BLS OES) and its own estimates of occupation counts for Indiana counties to paint a picture of occupational risk in the state.

The analysis is derived from survey responses to three questions in O*NET around work context:

O*NET tallies up responses and assigns a score equal to the weighted average of the responses for each job. So if 80% of pediatricians surveyed mark a five for the “exposure to disease and infections” question—which represents the highest risk of exposure—and 20% mark a four, the value for this question for pediatricians would be 0.8 * 5 + 0.2 * 4 = 4.8. We aggregate the scores for the three questions, so each job ranges from 3 to 15. Each risk score is divided by 15 to yield an index that ranges from 20 to 100. The indexes represent each job’s general risk of infection to communicable diseases like COVID-19.

Table 1 lists the general occupation risk scores for major occupation groups. As expected, health care jobs, both practitioners and support, have the highest risk. Reflecting just how high-risk health care jobs are in comparison to other kinds of jobs, there’s a significant drop in risk scores between health care support and the third-highest risk occupation group, community and social service. The lowest-risk jobs include those in which workers primarily work outdoors, like farming, fishing and forestry, as well as more office-type jobs like architecture and engineering, business and financial operations and legal.

Within major occupation groups, there’s a substantial spread in the risk scores of the detailed occupations, as shown in Figure 1. For example, the transportation and material moving group has a relatively low risk score of 60.6, but contains a few very high-risk jobs, including flight attendants, ambulance drivers (except EMTs), and school bus drivers, with risk scores of 91.9, 87.7 and 84.5, respectively. Indeed, risk scores range from 47.3 (wellhead pumpers) to 91.9 (flight attendants) within this group.

Note: Sorted by the average risk score of the individual occupations within each major group.
Source: O*NET and author’s calculations

Even among the highest-risk group, health care practitioners and technical occupations, there are jobs with relatively low risk. These include health information technologists and medical registrars (59.3), medical records specialists (59.3) and genetic counselors (66.4). Because these lower-risk jobs don’t make up nearly as high a share as those on the higher end of the spectrum, like dental hygienists (99.9), family medicine physicians (96.4), or registered nurses (92.9), the overall risk for the occupation group is quite high, at 91.6.

Figure 2 shows the occupation risk scores for all detailed occupations as well as each job’s LQ in the state. Jobs with the highest LQs, largely in production, have relatively low risk, while those with the highest risk have LQs around one, meaning the proportion of the state’s employment in those jobs is roughly equivalent to the proportion of the nation’s employment in those jobs.

Prevalence: For one, they call attention to those jobs that, at first blush, don’t seem at risk based on working conditions alone—for example, production and architecture and engineering occupations, which have general risk scores of 57.1 and 55.3, respectively. Instead, it’s the prevalence of these jobs in certain counties relative to their prevalence in the country as a whole that heightens their risk.

Monitoring: They also highlight counties in the state that should be monitored for signs of emerging outbreaks. One could imagine a scenario in which, because of the high concentration of production and engineering jobs in Elkhart and Bartholomew counties, among others, hyper-localized spikes in infections could occur in shop floors or dense office spaces without proper precautions. Indeed, according to the Indiana State Department of Health, Elkhart County’s per capita case count grew fourfold between May 3 and June 7, from about three cases per 10,000 people during the week ending May 3 to just over 20 during the week of June 7. Meanwhile, per capita cases in the state as a whole actually inched down slightly over this period, from about seven per week on May 3 to five per week on June 7. In the absence of widespread testing and contact-tracing efforts, and amid the broad reopening of the state’s economy, hyper-localized hot spots could develop into county- or region-wide outbreaks.

Resource targeting: The C-O risk scores could be informative in anticipating which counties may need additional resources from the state. For example, a Tyson meat processing plant in rural Cass County emerged as a significant hot spot for COVID-19 cases in the state. Production occupations, which certainly make up the vast majority of jobs at the Tyson plant, is by far the highest-risk occupation group in the county. So the Cass County experience—where a high C-O risk score in production jobs in tandem with a massive manufacturing plant that employs a significant share of the county’s workers—could be used to mitigate and prepare for outbreaks in counties with similar makeups.

Public information: Perhaps the most appropriate application of the general and C-O risk scores is merely public knowledge. As the state restarts its economy and Hoosiers return to something resembling normalcy, it’s important to know which workers among us are most at-risk from various dimensions. Though they aren’t determinative, the scores can at least be used to recognize how people are at risk and appreciate those workers who put themselves at risk just by showing up to work.