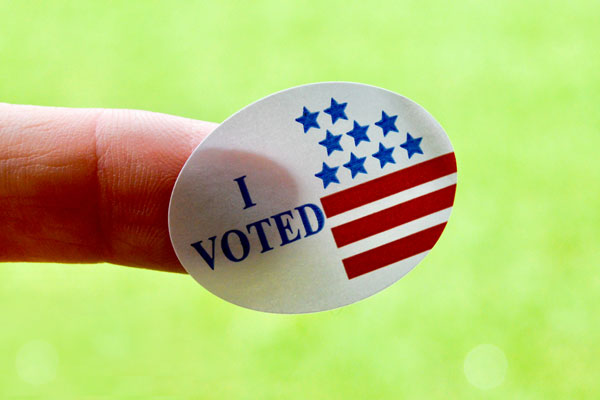 For the latter half of 2018, it was nearly impossible to avoid discussion of November’s midterm election. With countless political ads and pundits stressing the importance of the election for both sides of the aisle, there seemed to be a sense of increased political awareness and perhaps participation, particularly for a non-presidential election.

But did this “sense” translate to a greater number of voters at the polls? The answer, in short, is a resounding yes.

Figure 1: Voter turnout for midterm elections in the United States

Astoundingly, the 2018 midterm national turnout rate even came close to matching voter turnout for the 1996 presidential election, which only saw 51.7 percent of registered voters at the polls.

Although this was clearly a victory for democracy at the national level, did this healthy uptick in voter turnout also occur in the Hoosier state? Again, the answer is yes.

The 2018 Indiana turnout rate was the highest it has been for a midterm election since 1994, which saw a voter turnout rate of 54.1 percent (see Figure 2).

The county with the highest voter turnout in 2018 was Henry County, with an impressive 63.8 percent of registered voters exercising their right to vote. Henry County’s high turnout rate was followed by Spencer (61.5 percent), Brown (61.4 percent), Adams (60.4 percent) and Wells (60 percent) counties. Marion County, the most populous county in the state, had 47.8 percent of those registered cast votes, which ranks it 80th out of 92 counties for voter turnout.

Another noteworthy thing worth mentioning is that Indiana cleaned up its voter rolls between the 2014 and 2018 midterm elections. A large number of outdated records on the voter rolls artificially lowers the turnout percentages. During this process, postcards were used to verify home addresses and confirm that voter lists were updated. This process resulted in the removal of nearly 500,000 registered voters from voter rolls.4 Due to this update, there were fewer registered voters in 2018 than in 2014.

For democracy to operate properly, voter participation is an absolute necessity. With turnout numbers this strong in a midterm election, Hoosiers should feel reassured about the level of political consciousness and participation in their state, particularly as we approach the 2020 election.